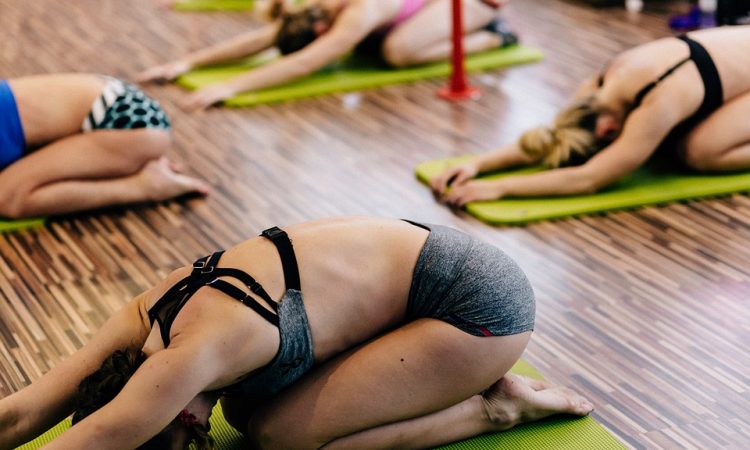 Sprinting is at the same time simple, you get from A-B as fast as possible, and extremely complex, as there are a myriad of factors – physical and mental that you need to consider to maximise your speed. Allyson Felix, Tyson Gay, Veronica Campbell-Brown and Christine Ohuroghu have all maximised their potential (or are well on the way do so, given for example Tyson Gay’s recent 19.58 200m). I recently attended a sponsored training camp in LA and spoke to each of the above sprint stars.

JS: What do you focus on when warming up?

AF: Once I actually get onto the track, I’m really focussed on technique and what I need to do during each phase of my race. I have a little routine that triggers where my focus needs to be.

JS: And those little things would be?

Like coming out of the blocks, I know I need to be driving and being very powerful and aggressive. And when I hit the curve I know that I need to be leaning in and working on coming off (the curve) really strong.

JS: How do you combine the need to be relaxed with the fact that you also need to be aggressive to generate all that power?

AF: For me, I just try to focus on what I need to do and that kinda takes me out of the moment and away from the crowd and relaxes me. I try not to be too relaxed though as I need the adrenaline of the situation.

JS: Do you think that as a woman you have train differently to men?

AF: I always feel that it’s (sprinting) easy for them (men), it comes more natural, like coming out of the blocks where they are more powerful and aggressive. So we (women) have to do more drills and more sled (pulling) work, because it’s not such a natural thing.

JS: Is there any type of training that you don’t like doing?

JS: Do you do any aerobic work?

AF: Yeah, every Wednesday we go on a thirty-minute run, but that’s the one road run we do. Once the season starts we pretty much stop that. But every so often, we pick it back up ….. you can feel when it’s (aerobic fitness) lacking.

JS: What’s your strength as a sprinter?

AF: I think it’s top end speed and being able to hold that. The beginning of my race is weak and I pick things up later on.

JS: Are you working on your start?

AF: I would love to (improve it) I’ve been trying to for a very long time. I know what’s wrong and I can visualise it, but it’s a whole other thing trying to actually correct it.

Is it frustrating as you could run maybe a tenth faster?

JS: What advice do you have for runners of all speeds?

VC-B: You have to be positive, believe in yourself. I always tell people that the mind is one of our most powerful instruments and it amazing what it can do. You can train hard and you can prepare, but if you go to a competition with doubt, insecurity and negativity that could mess everything up. So on top of all your hard work and training you have to be positive and believe that you can do anything.

JS: How do you specifically warm up.

VC-B: My warm up starts with a couple of laps then some stretches, static and dynamic and then drills. I do a lot, maybe 7-8 back and forth as part of my warm up and then I do a couple of strides and get into my workout

JS: Do you have a specific pre-race mental preparation routine?

VC-B: Many times I run the race over and over gain in my mind and try to remember what I need to do to win it.

I have no idea of what is going on when I’m in the blocks. I’m totally zoned out and I am just waiting for the sound of the gun. Most times after that I don’t really know anything else, unless there is a competitor in front of me or the finish line is approaching.

JS: What are your strengths as a sprinter?

VC-B: I think speed and power are my two major strengths. My technique is ok, but I think that there is a still a lot of room for improvement, in particular in the 100m.

VC-B: I love them both; it’s hard for me to differentiate between the two. I think that I’m as good at them both. A lot of people may say that I am better at the 200m, because I have had more success, but I also believe that I can also run a great 100m as well.

JS: What advice have you got to get faster?

TG: I do a lot of hill runs, like 200m four times, or three 300m’s, but only one 400m (Tyson explained that all the runs were fast and that long recoveries were used so they could be kept speedy)

JS: What do you concentrate on at the start?

TG: Sometimes I think about pushing off from the blocks or reacting to the gun. In some races I’ll be able to focus on my technique and getting it perfect, but often the races are a blur.