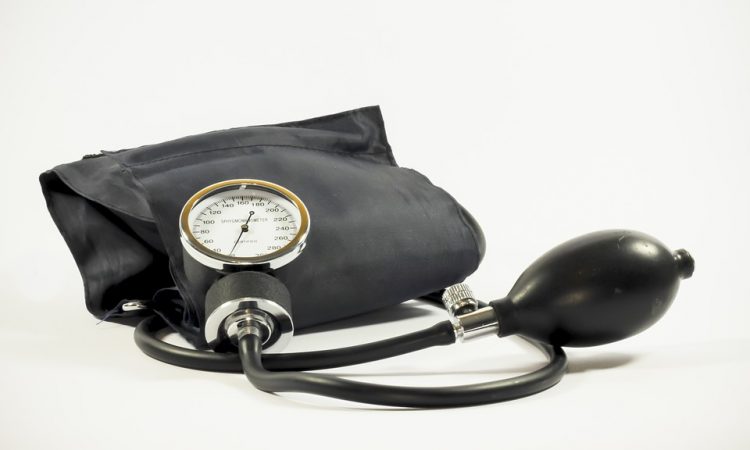 If you’re serious about your sports performance then you should be planning your training, so that you will be in peak competitive shape when it matters.

Technically speaking training planning is known as ‘periodisation’. The former Easter Bloc countries were very instrumental in its development in the nineteen sixties. Two men in particular stand out, the Russian Leonid Matveyev and the former Rumanian Tudor Bompa.

Matveyev and Bompa’s work has been re-interpreted and modified to produce different periodisation models for different sports all aim to achieve the optimum conditions for peak performance when it matters. Under the ‘classic’ linear model/models the training year is divided into distinct training phases. Dependent on their duration these are termed, ‘macro’, ‘meso’ and ‘microcyles’. As a rough guide macrocycles last months, mesocycles weeks, and microcycles days. Within each cycle, the key training variables of volume, intensity and specificity are manipulated to create the desired training effect.

Sports, such as track and field and swimming, tend to lend themselves more to Matveyev’s original thoughts on periodisation, for example, unlike those such as judo, football, cricket, rugby and tennis. Two key reasons can be identified:

This means that a highly quantifiable periodisation programme can be established and worked toward. This is not the same for the more ‘qualitative sports’, with their much greater and diverse skill requirements and affecting variables.

Double (two peak) periodisation is another form of linear periodisation (as opposed to single – one peak periodisation). Matveyev discovered that significantly greater gains in performance could be achieved on a year in year out basis when two competitive peaks were trained for – this would normally be for the indoor season and the late outdoor season for a track sprinter, for example.

It was estimated specifically that, the 100m athlete could expect a 1.55% improvement in performance over a double periodisation year, compared to just a 0.96% one with single periodisation. The figures for a high jump athlete make even more impressive reading, with a 5.05% versus 2.40% return ratio.

It’s believed that two competitive periods and their preparation phases allow for the continuance of higher and more specific training intensities, with little disruption to technical proficiency (skill acquisition). Note: due to the different physiological processes involved in developing a substantial and lasting endurance base, double periodisation is not recommended for those involved in these sports. Nor is it suited to multi-competition sports, unless in-season breaks are scheduled.

Additionally for those sports that allow it, double periodisation should not be practiced year in year out.

Every third or fourth year the athlete should return to a single periodisation plan, to enable foundation condition to be re-established and progressed. It should also be noted that it is possible to create a triple i.e. three-peak, periodised training programme.

It is possible to develop a periodisation model that will apply to sports such as judo. Even though a judo player will condition themselves with weights and anaerobic/aerobic activity, in a quantifiable way. They will also need to spend much time progressing to a more tactical, intuitive and literally more combative competitive peak. This has led coaches in judo and similar sports to devise their own periodisation approaches. For example, judo coaches equate time on the mat i.e. time send doing judo, as the key element of the training variable ‘volume’ i.e. the amount of training done (1). As the competition macrocycle approaches more time is spent practicing the sport and less on general conditioning, in order to develop peak performance. Although this may seem an obvious pathway to follow, it is surprising how many coaches and athletes (whatever their sport) overlook this and become overly preoccupied with developing, strength and power, at the expense of skill.  This often results in a situation whereby the performer becomes fitter, for example, stronger and/or faster, but not actually any better at their sport more on this later.

Periodisation can also be difficult to apply to team sports, such as football and rugby. Like judo, these sports have a high skill component but are particularly affected by a long and highly competitive playing season, particularly at the elite level. This would make the more linear types of periodisation used by track and field athletes and swimmers virtually impossible to implement. Trying to develop more endurance or greater speed and strength in-season progressively would lead to potential injury, over training and staleness among players. Conditioning coaches in these sports will therefore tend to boost the key physical ingredients in pre-season training and then aim to maintain these in-season

Squad rotation offers a way to maximise team performance. Elite football and rugby sides often perm their starting line-ups from their squads, in order to rest players and maintain and develop their condition. Both fitness coach and manager must be in harmony if this approach is used. Chairmen, fans, player injuries and the overall success of the team can of course throw a spanner in the works.

Developing different training plans for different playing positons is also a must for successful team periodisation. Rugby forwards have different physiological requirements than backs, as do football strikers and mid-field players. In consequence training planning must take into account positional variations. Again the specific fitness required will be developed pre-season and then maintained in-season – this means that the conditioning coach needs to be particularly savvy when determining ‘what fitness’ is needed by each player, relative to their strengths and weaknesses, the time in the playing year, and the demands placed on them by their other training. The latter applies at the elite level in particular, football coaches for example, although working with the team’s conditioning coaches, will work players hard tactically. These workouts can take their toll physically on players and leave the conditioning expert with a conundrum – how to train players for fitness when this is being done as a spin-off of tactical training. In such a scenario a ‘less is more approach’ may be the best one to take, with the conditioning coach providing restorative training that will boost the players’ mental and physical freshness. Such workouts could include, cross-training, stretching sessions and specific skill work, such as sprint drill sessions.

Undulating periodisation is probably the best option for the team sports conditioner. This model combines much shorter training phases (days/weeks) – multiple micro-cycles with different modes of exercise and exercise intensities. Basically the various ingredients in the training mix are cooked up at the same time. One day the emphasis could be on speed and power, the next on endurance and the next on skill and agility. Undulating periodisation relies heavily on the knowledge and ability of the conditioning coach, he or she has to fully understand the needs of the individual and the team and have in place a repertoire of workouts and tests that can be juggled to maintain players in as near to peak condition throughout the season as possible.

Skill should never be neglected when planning a training programme. I indicated that neglecting this may lead to decreased performance, despite the athlete being in better ‘shape’. Take my own sport, long jump – a jumper may improve their strength, speed and power, yet find that this does not improve their distance jumped because they are unable to convert these qualities into increased distance at take-off – the skill requirement. Optimum timing and technical performance can only be achieved by marrying the application of strength, power and speed and so on to sport’s skill. Periodisation must account for this and must not allow for the development of physical condition to outpace technical requirements.

Consequentially, ‘skill strength’ periodisation models have been developed (SSP). Utilised again by the Easter Europeans this method emphasises the development of sport skill at the beginning of the training year and throughout, before more ‘power’ is added in subsequent training cycles.

The culmination of months of periodisation can come down to a matter of seconds. It’s no use devising the greatest, most detailed and systematic training plan, if the athlete is unable to ‘perform’. One of the world’s most renowned coaches Frank Dick states that (2): “Competition is the only means of adapting to the stressor of competition and to avoid its particular stress, simply increases the stress potential of the next one.” This incidentally throws up a further reason for the use of progressive psychological strategies to be implemented in harmony with the athlete’s physiological preparation – the development of the competitive psyche.

Designing the ultimate training plan is no easy task; there are so many variables to consider. I hope that the information provided will arm you with the knowledge and tools to make a start on this.