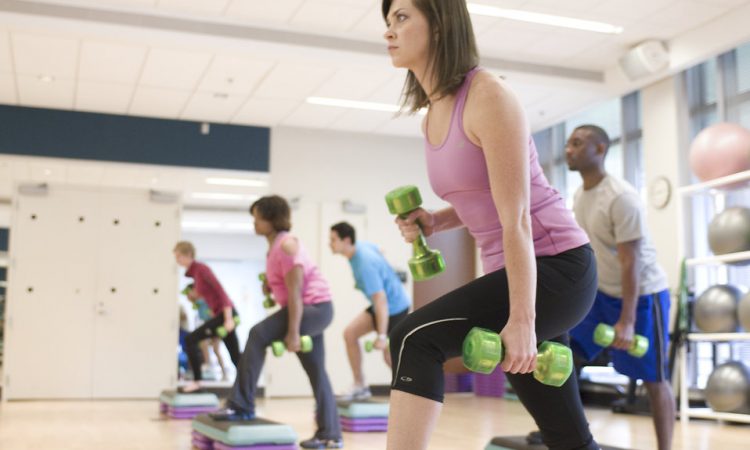 High Intensity Interval Training (HIIT) Steady state cardio can be used for body re-composition but has a number of draw backs which is why we are going to put the emphasis on HIIT. Steady state cardio does burn energy in the form of our fat stores but it also encourages catabolism (muscle breakdown). We need to maintain our Lean Body Mass (LBM or muscle to you and me) as it is our LBM which is responsible for the amount of energy we need on a daily basis. Muscle loss = a lowered metabolism which in turn = a decreased potential for burning fat.

HIIT involves periods of high intensity exercise alternated with periods of rest and takes a lot less time than steady state cardio an HIIT session might only last 18 – 21 minutes. I bet you’re wondering how such a short workout can be so much better for fat loss, compared to spending 90 minutes on an exercise bike. Well it’s all down to something very cool called “Excessive Post-exercise Oxygen Consumption” or EPOC for short. EPOC used to be called Oxygen debt and is sometimes called after-burn. When the body works beyond its ability to produce energy using Oxygen, we turn to other methods of energy production which don’t use Oxygen at all – the so-called anaerobic energy systems. The by-product of our major anaerobic energy system is Lactic Acid. You’ve felt this stuff in action many times I’m sure…that burning feeling you get in your legs during the last few reps of leg extensions? Lactic acid! To clear Lactic acid from our blood the body uses the aerobic system, where oxygen, in very simplified terms “flushes away” the build up of Lactic acid.

When you are doing steady state aerobic exercise, you burn calories at an enhanced rate but as soon as you stop, your metabolism slows back down to normal pretty quickly. However, if you perform HIIT and build up a high level of Lactic acid in your blood, your Aerobic system will go into overdrive to clear the lactic acid out essentially giving you two workouts for the price of one and because HIIT uses our muscle in a very forceful way, the likelihood of any muscle catabolism is pretty much non-existent. EPOC basically means that your fat burning furnace stays burning hotter for longer and we only get EPOC in any significant amounts after exercise which causes the build up of lactic acid.

HIIT can be performed in a gym using the usual suspects such as treadmills, bikes, crosstrainers or whatever pieces of cardio equipment you favour or it can be done outside on a track, up and down a flight of stairs or using a jump rope. The mode of exercise doesn’t matter so long as you are able to get to a very high level of workload in a short time. In its most basic form, HIIT consist of 60 seconds of flat out high intensity effort followed by 120 seconds of slow paced recovery activity e.g. alternating sprinting with brisk walking. Perform 6 – 8 “sets” to total 18 – 24 minutes duration. As the workouts become more manageable (they never get easy!) we can start to increase the density of the workout by increasing the duration of the sprints and reducing the duration of the recovery e.g. sprint for 70 seconds, walk briskly for 110 seconds. Duration should not exceed 25 – 30 minutes total. If it does, you aren’t working hard enough and you need to increase the intensity of your efforts or reduce your rest intervals. If you are working hard enough, you should find 15 – 18 minutes is plenty. Remember it’s the post exercise effect of EPOC we are after, and not the energy used during that session that’s most important. Steady state cardio – just say NO!